The unprecedented resignation of Lebanese prime minister has raised many fears in the Arab World. Saad Hariri said, “I want to say to Iran and its followers that they are losing in their interference in the affairs of Arab nations, and our nation will rise as it did before, and the hands that are extended to it with evil will be cut off”. He further said that there is no government in Lebanon. Analysts believe that the statement is an open invitation to Saudi Arabia and its allies to act militarily against Hezbollah. On the other hand, Hezbollah chief Hasan Nasrullah said that Saad Hariri’s resignation was a move imposed by Saudi Arabia. He accused Riyadhof writing the resignation speech for Hariri. 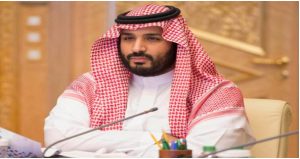 Moreover, Saudi Arabia is facing both internal and external challenges. Internally Muhammad Bin Salman, the young Crown Prince has consolidated his grip on power by ordering the arrest of high profile figures of the Kingdom’s ruling family. The apprehended persons include Khalid bin Abdul Aziz, the son of former King Abdullah bin Abdul Aziz and the commander of the powerful National Guard, which is responsible for protecting the house of al Saud from internal coups.  The other high profile figure arrested is billionaire prince Talal bin Al Walid. Crown Prince Muhammad Bin Salman is ruthlessly eliminating all forces opposed to his rule and reform agenda initiated by him. The Crown Prince is rapidly modernizing the Kingdom. Saudi top clergy has shown support for anticorruption drive. In addition to that,Saudi leadership has staunchly criticized Hezbollah for its role in Lebanon and Syria.Political analysts believes that the real motive behind the apprehensions was to remove the obstacles creating hurdles in the implementation of large scale reforms and also the young prince wants to control the Kingdom through iron fist. The situation in the Middle East is becoming more fragile as Iran and Saudi Arabia are at loggerheads with each other. Both sides wants to maximize its influence across the region.

Saudi Arabia’s intervention in Yemen resulted in failure as the objective of removing Iranian backed Houthis from power was not achieved. Iran played smartly by creating a quagmire for the Kingdom in Yemen.In the recent years Iran has drastically expanded its dominance across the region.The United States’ premature withdrawal from Iraq created a power vacuum which was filled by Islamic State of Iraq and Levant (ISIL). The rise of ISIL created an opportunity for Iran to intervene in the oil rich country and with the defeat of the terrorist group, Tehran has been able to bolster the Iraqi government led by Shiite Prime Minister Nur Al Maliki.In Syria the Russian intervention and Iranian military assistance has saved the beleaguered President Assad from falling to rebels supported by United States and Saudi Arabia. Syrian civil war has opened new avenues for Iran to exert its influence. Hezbollah a Shi’ite group backed by Iran has also drastically increased its military power in Syria. The troika of Iran, Russia and Hezbollah has helped Bashar Al Assad regain control of most of the Syria previously held by Islamic State of Iraq and Syria (ISIS) and Riyadh backed rebels. 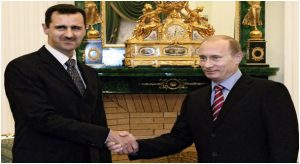 Riyadh is losing its traditional hegemony in the region. It has limited options to act. The military offensive it begun against Houthis resulted in a setback. If Saudi Arabia opened a new campaign in Lebanon by taking military action against Hezbollah the consequence might be more destructive than Yemen, as Hezbollah is strategically connected to Iran. Supplying arms to Houthis is difficult as Iran has no land connection with Yemen and the only way to supply arms and ammunition is through the Arabian Sea. But to the East of Lebanon is Syria, where there is a significant presence of Iranian military, and to the East of Syria is Iraq where Iranian Revolutionary Guards Corps (IRGC) assists largely Shiite Iraqi military against ISIL.

Saudi Arabia is facing many challenges. Internally there isan ongoing game of thrones between the members of House of Al Assad. And externally the rise of Iran has resulted in the decline of traditional Saudi supremacy in the Middle East. The Arab stronghold is desperate to regain its lost influence in the region.

Is India an Unreliable US Ally?