The fledgling talent of Pakistani drama industry incredibly comes to the foreeach time. This time it’s Ahad Raza Mir who has boomed to earn prominence in the span of just two dramas, from Salaar of Sammi to the Dr. Asfandyar of Yaqeen ka Safar– this has made Ahad the new ‘romantic hunk’ of Pakistan.

Asfi has irrefutably justified and executed the script exceptionally,penned by Farhat Ishtiaq the writer of the all-time favourite Humsafar. The charismatic character of Humsafar, Asher had left footprints in people’s hearts and who went on to be labeled as the breathtaking hero of the Pakistani drama industry, but his spurt towards silver screen has somehow left a vacuum.

It is considered that Ahad is going to steel away Fawad’s chalice of starry-eyed drama hero in the near future as he has occupied both social media and TV screens after his big-hit. 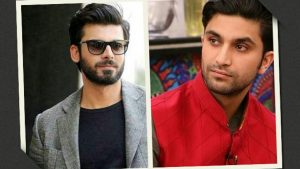 Not just stick to television but Ahad Raza Mir is all set to leave his mark on the big screen as well with his movie being released soon, Parwaaz Hai Junoon. And the fans can’t wait for their new-fangled crush in the upcoming flicks.

Talent though hidden in several layers makes its way to applauses. I would mention that aptitude rests in Ahad’s genetics that has rallied him round in upholding the family repute. While growing up he has had a firm background with grandfather Raza Mir, adeep-rooted director, producer and his father Asif Raza Mir, one of the renowned actors of Pakistan, serving in industry for decades. 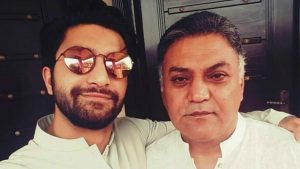 The 24-year-old heartthrob did BFA in Drama from the University of Calgary and started working as Theater Actor in Canada in 2014. He joined Pakistan drama industry in 2017 and flourished in tying him up as the ‘new craze of Pakistan’ by working in just two projects. Also, Asfi is single, as he has been confirming his bachelor status in every interview.

The Hum TV drama serial Alif Allah or Insan was predicted to beat all erstwhile records, but it gradually lost some of its allure owing to some slip ups and vague points. But Yaqeen ka Safar signifying its name, nailed the top rank having a ‘slow but sure’ excursion. This drama is going to be the favourite one for a prolonged spell and Dr. Asfandyar is the character that will never be wiped out away from memory.

Coming to the storyline and cast, I would agree that the drama comprised of some very précised and eloquent conversations, chock-full with loads of emotions. Hum TV has often elevated certain imperative social issues in their serials, as Udaari. This time the subject raised was about a young poor girl Noori, who was raped by an authoritative person’s son and seemed completely downhearted for justice. Then Barrister Daniyal helped her have faith in herself, and he had to pay his life for standing firm with the truth. Later Noori took revenge on her own.

Albeit,most of us felt that drama has lost some of its charisma after Daniyal’s death and things gone messed up, but the traversed journeys of Asfiand Zubiya flew the drama to a greater level of exhilaration.Disclosing the fact,Sajjal and Ahad undoubtedly were the shining stars of drama;their admirable work took the drama to next level and catered the audience till last note.

The story has covered so many aspects and left us with many emotions. The play majorly was centered on the transformation of a person after being cuckolded by the most dependable person of life. Here Zubi avalued someone for the first time – being disappointed by her father’s rude behaviour – but was cheated. The disloyalty pushed her to start a new journey based on faith. On the other hand, Asfi was transformed to Asfandyar – after the tragic death of his brother and being deceived by Faryal, the girl whom he had loved for years.

Both started their ‘Yaqeen ka Safar’ afterwards the shattered trust and ended up together in a beautiful way. But I wish we could have watched a bit more, may be just one more episode watching them living happily afterwards. Well, just as all of us, Ahad also looked much involved in his heart-touching drama as he persistently kept tweeting about his sentiments.

Endings are never likeable, but unfortunately everything has an end so does this drama. Ahad looked in jolt, knowing that his serial is about to conclude.

“I’m happy we got to share this together”, he tweeted.

However, fans are desperately waiting to watch their new crush and the rising star Ahad aka Asfi, in some more remarkable projects.

The author is a Software Developer and is interested in writing about politics, current affairs and cricket.