Tomatoes have become a forex benchmark – and a security threat

Pakistanis, no matter what, cannot remain trouble-free for long. It’s a never-ending cycle.

As of now, we are facing a tomato crisis. The prices have soared up. The red fruit is being sold at Rs250 to Rs300 in all markets.

Such high rates make our hearts bleed when we begin to think of curries and other eatables.

The reason behind the price hike is a recently imposed ban on tomatoes’ import from India. The tactic was meant to boost local industries.

It, however, has led to a war for the tomatoes – cook without tomatoes but do not purchase them from India.

This eye-opening rate of tomatoes has not only troubled the locals, but also made all vegetable dealers anxious, as they had to buy tomatoes on the same rate list.

Citizens keep on complaining and local representatives continue to give ‘free’ suggestions of using alternative sources in replacement to tomatoes till the time the rate drops considerably.

In this seriously miserable situation, social media came up with brilliant posts contributed by suffering citizens. Here we have collected some of the fantastic posts to share with you. 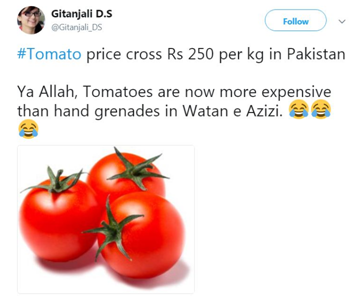 I wonder why she has compared tomatoes to hand grenades. Oh yes! I forgot we use tomatoes as weapon when Pakistan Cricket Team returns home with a tag of defeat!

Oh! We feel so sorry for you sir! You will have to bear eating tasteless food with some spicy enraging remarks from your wife till the time tomatoes reach Rs 50/kg rate. 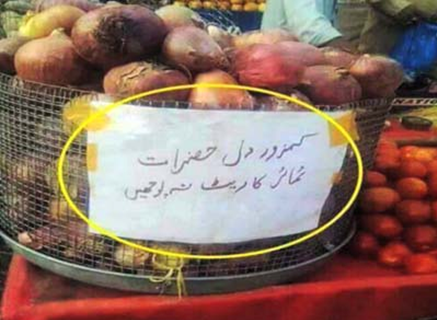 3.     Vegetable dealers care about your health

The dealers are also acknowledging the sensitivity of issue, and so they have made mocking effort from their end to secure the health of customers. Thank you dealers! Great respect! 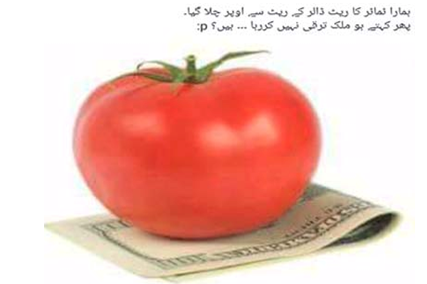 4.     Tomatoes are more precious than a dollar

Citizens have declared that they have already earned dollars and now there should be something more than that… Oh yes! TOMATOES! 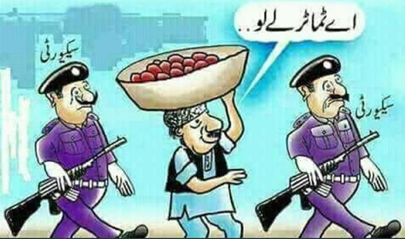 Government and security agencies have made foolproof security arrangements for tomatoes to be sold across city. Yeah… You heard that absolutely right! 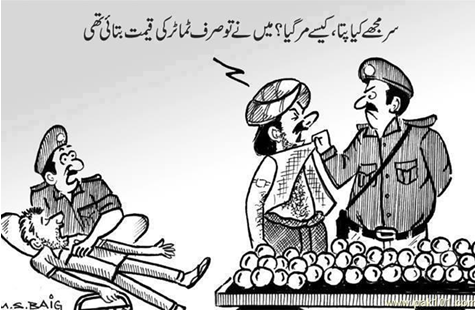 It is something really serious and alarming that tomato price hike has increased the murder rate across city. See yourself!

Radicalization in politics is never the way forward