I watched Yalghaar, and I have questions

If one were to take a pick, one of the best films in the past ten years is a war film. Inglourious Basterds, directed by Quentin Tarantino, was a breathtaking, chilling watch. It introduced Christoph Waltz to the world and Tarantino’s distinctive view of war and cinema blended to give the audiences a masterpiece.

War films can be realistic and epic and brutal and compassionate all at the same time. Unfortunately, Pakistani filmmakers have yet to receive this memo. While I get that we should support Pakistani cinema and that it will take us time and that in times of war, morale should be boosted. But what I absolutely don’t get is using camerawork from Spy Kids from 2001 and making Humayun Saeed wear a Waqar Zaka wig to make this point.

Actually. I don’t get many things about Yalghaar. Here are a few.

How many superfluous characters does it take to interest an audience? Answer: About a million less than the amount featured in Yalghaar. At one point they all become just one funny retort. There isJalal the psychopath Tapu Javeri look alike. The beautiful European wife who has been introduced only to tell the world that beautiful European wives do exist for Pakistanis. Uzair Jaswal’s floundering, terrible role that makes him seem more uncomfortable than he was in Sammi Meri Waar. Is that why they thought he would be a good fit? Would his next album be Sammi Meri Yalghaar? The Butt Sab (who has the only good punch lines in the entire film, by the way) who comes and goes, based on how much time there’s left from the bullets and guns and bombs for comic relief. 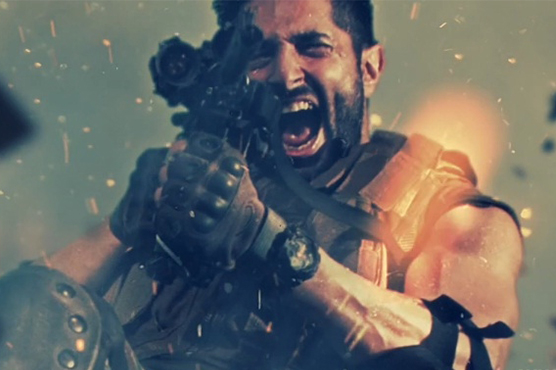 The product placements.The only thing more in your face than the overt display of love for God and country and the constant jabberings about hyper-nationalism was a certain bank. I’m curious. How much money did this certain bank pay the filmmakers? The brand is practically thrown at you, regurgitating at you from every which way. And that is going to be my next question. How was all this money not enough to invest in a good production quality?

Why is everything yellow? Did all the budget for Yalghaar and all the product placements from the aforementioned bank not enough to invest in a good casting agency? Or proper lighting. Or editing. I would like to know who is responsible for the terrible camerawork. The light is so yellow and bright that it feels like you’re watching one of those amateur makeup videos and you can half expect a teenager come at you with a blending brush. At one point you can actually see the camera in the car’s reflection. I thought this film was made of the professionals by professionals? I mean there are extras staring at the camera and this is no fault but the editor and director’s.

Torjan and Amina, not a better love story than Twilight, but close. What is with this continuous failure of an emotionally challenging scene between Torjan and Amina? Humayun and Ayesha try their level best to bring some authenticity to this macabre situation but both fail miserably. Saeed is too good looking and heroic to be hated and Omer’s whimpers overpower the already terrible sound quality. Despite speaking in low baritones and despite the sinister laughs, Saeed does not evoke fear or inspire hatred. He’s too good looking. Too loved. Too gentle in his tugs at Amina. Too blinky in the face of terrorizing others. Audiences must hate psychopathic villains with a passion to wish our heroes success. When I look at Humayun, I half-wish Shaan had done his role and not the other way around. 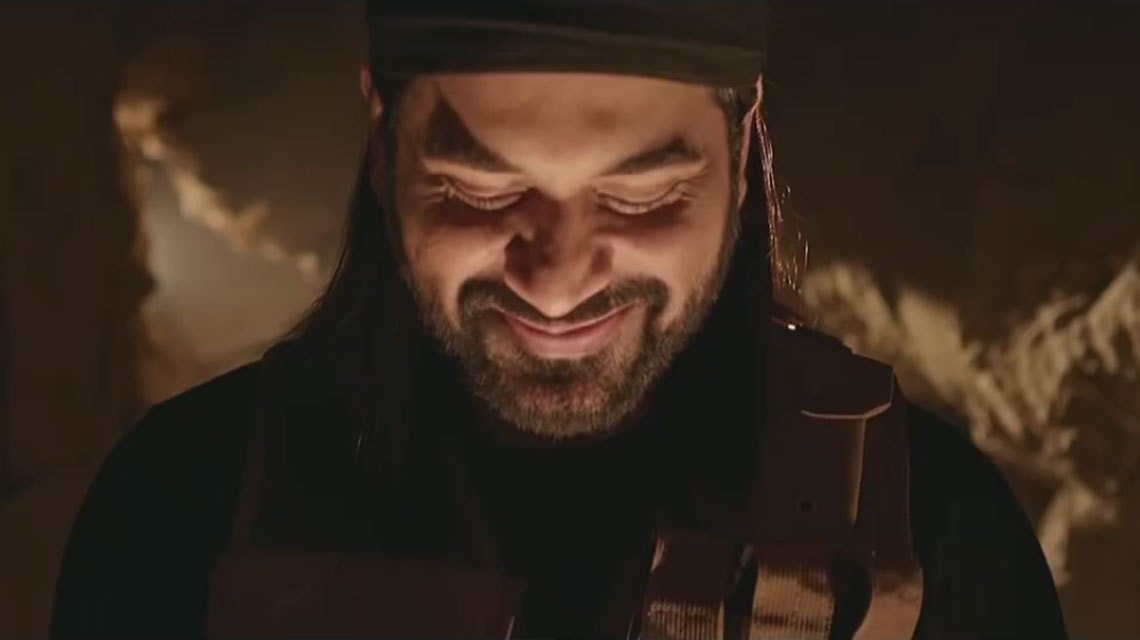 Why do we keep seeing Tor-mina and not the Bil-Meena?The Janaan couple, Armeena and Bilal Ashraf are super-cute and engaging. Their song was cut short, their storyline seemed to be heavily edited (THIS is where the editorial board decides to make the cut?). Their screen-time is compromised by jokes cracked by lame testosterone filled punchlines and rejoinders by Asif, the rich boy and his superficial love interest (notice how her opinion of how she doesn’t like funny boys immediately changes once she notices the size of the diamond Asif gives her), Dr. Samia (who is so hot that it doesn’t matter that she only has a standard stern look to give everyone and about fourteen dialogs altogether).

Being lectured by Commander in Chief of all things war and plunder, Shaan.What is with the random lecture at every opportune/inopportune moment? The idea is clear that this is movie about armed forces and we respect their valor and bravery but there is only so many times that you can drill this into our heads. Unless you consider the audience to be a part of a giant drill itself, we get it. Why do you have to repeat it? Once while bullets are flying. Once while a wife is praying. Once while Shan is fighting. When Asif is proposing to his wife. When they’re playing polo. I’ve lost count by now. Is anyone keeping count of how many times the ‘zameen’ has been invoked? For once I’d like Shaan to play someone like Bajrangi Bhaijaan instead of Commandar Killjoy. 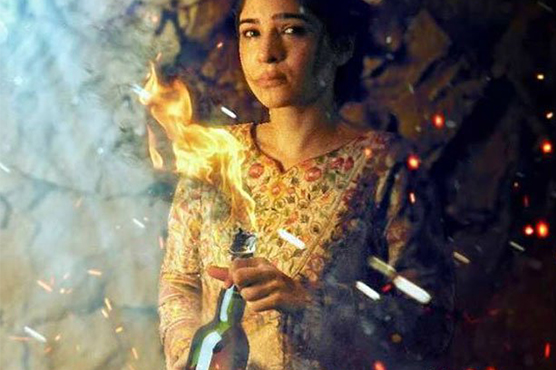 Jokes about male genitalia?Who says Pakistan isn’t progressive? Torjan grabs a man by his nether regions and threatens him with a weird joke about an omelette. That’s even more progressive than Shan and Sana Bucha trying to make out (her very long hair keeps interfering) and Torjan sexually harassing Amina (it’s so creepy, it’s like watching your kindly elder cousin dance on Tu Cheez Bari Hai Mast Mast).

This isn’t Sana Bucha’s day job, right? I have bad news for anyone who was expecting Sana Bucha to crackle on screen. She fizzles and sputters. There’s such little chemistry between Bucha and Shaan that it might as well be called a Sock Puppet Show. 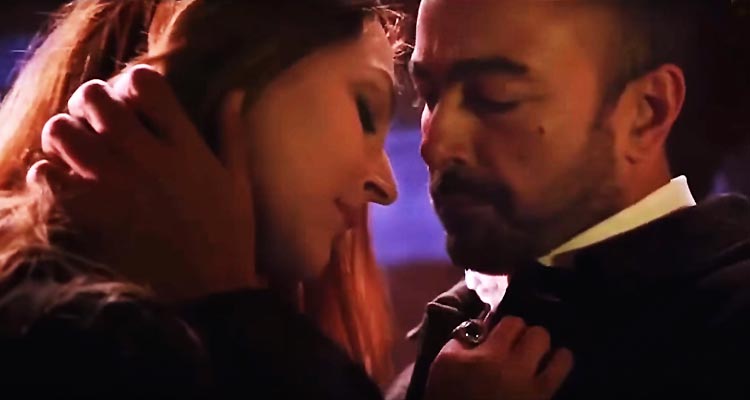 Send an extraction team for good Pakistani actors.Pakistani industry has no lack of talent. Yet it seems like the actors were either servicemen or their children. Please. Hire actors not army men. Let them defend the borders. Let actors deliver the punch lines.

When would our obvious disregard for logic and intelligence in a script come to an end? Jogezai is tortured by drills. Soon he’s walking and fighting like nothing happened. How did Jogezai and Baran form a sudden, trustful alliance? Why is all the blood almost exactly like ketchup? It’s so thick, it might even be chilli garlic sauce. Why didn’t anyone contact a condiment company for product placement? All the blood you see is our delicious war-flavored ketchup! Order now!

Missed opportunity for a sports brand ad. The jawans are practicing for D-Day. The screams in my head, “this is not a documentary, please stop using war lingo, no matter how accurate it is” have died in faint echoes. Bilal Ashraf and Ahmad Ghani are jumping and doing pushups. All this needs is a close up of their shoes and the production team could have raked in a few more millions in cash. Because it is almost an exact replica of many a sports brand ad sequence. 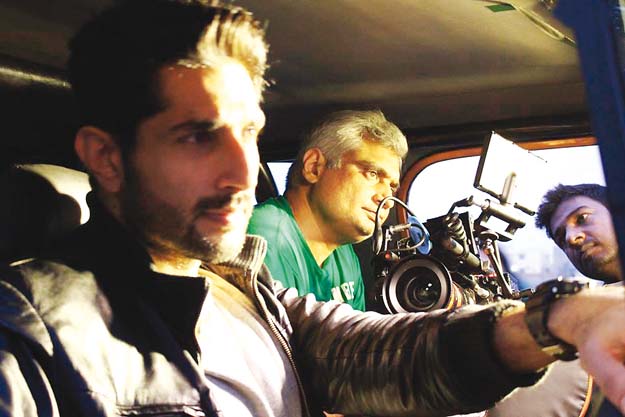 Torjan’s personality assessment confounds me. Why is Torjan telling his childhood stories? Like there was any doubt about Torjan being a psychopath terrorist madman? Clearly he wants to be the Ramsay Bolton from Waziristan but he fails completely and ends up like the villain from Mulan. Is he a psychopath who is on a journey to genocide? Does he believe he is the savior of mankind? Why does he kill his commander in charge just because the guy was coughing because he had been running to tell Torjan of how the army had surrounded them? That’s brilliant, Torjan. Start killing your own people in the middle of a catastrophic war. You’re not Ramsay Bolton. You’re an overgrown Geoffrey.

Slomo shots with a heartrending rendition of Ay Watan makes up for a completely haphazard plot and a virtually nondescript epic?Pakistan Zindabad makes the audiences whoop and clap and cheer and that’s great. But this an easy way to please them, a convenient veneer on the complete lack of story, characterization and intelligence.

Yalghaar, compared with Waar, is a knockoff version of its predecessor. Waar had a better production value and some semblance of a story that is simply non-existent in Yalghaar. While Yalghaar has some fine scenes where the attacks are executed and the military strategizing is depicted with accuracy and care, the rest of the film is an experience that may boost your patriotism cells, but might kill a few grey cells. All the good looks and all the wonderful songs (Nahi Mila is quite melodious and worth a listen) and all the explosions cannot stop Yalghaar from being a complete and total cringefest.

The Bahawalpur inferno: Stop victim blaming and recognise our failures as a nation