India and Pakistan in the books of espionage

Since Pakistan and India have had a history of trying spies for espionage, this blog is going to shed light on four names from the books of history who were convicted by Pakistan for spying for India.

An Indian spy who was convicted for espionage after he was detained in 1973, Singh spent 35 years on death row.

He was pardoned by former president and army chief Pervez Musharraf. 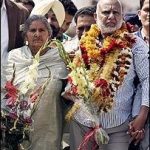 Singh all through his incarceration maintained that he was not an agent however, as soon as he crossed the boundary into India where he was given a hero’s welcome, he admitted to spying and according to the Press Trust of India, he said he was doing his job.

He said that Pakistani authorities could not break him into accepting the charges.

According to AFP, Shamim was held in 1989 and was tried and convicted for espionage. His links with Research and Analysis Wing were exposed.

He was caught red-handed according to Pakistani agencies while spying for India along Pak-India border.

Kaushik was planted in Pakistan by RAW in 1975 after two years of training following his recruitment. He graduated from Karachi University under the alias Nabi Ahmad Shakir.

He went on to get commissioned in the Pakistan Army and was served as a Major.

However, his cover was exposed by another RAW-trained spy after he was arrested. Kaushik was incarcerated after exposure for 16 years and died in Multan jail of tuberculosis.

The spy was arrested in August 1990 after which India maintained that a young 27-year-old inebriated man had crossed into Pakistani territory.

Sarabjit was charged with carrying out four bombings in Lahore, Faisalabad and Multan that claimed 14 lives. He was fatally attacked by two prisoners in his cell in April 2013 after which he was shifted to Jinnah Hospital.

He was kept in Intensive Care Unit and was treated by neurosurgeons, however, he died on the 2nd of next month.

A state funeral was announced in India after his body was shifted there.

There are other names in the list who were caught for spying for the arch-rival besides these four convicts.

The latest of such big episodes is Kulbhushan Jadhav who was detained on March 3, 2016 and convicted for espionage after a three-month long trial.

Jadhav’s has been awarded death sentence this month, ISPR reported.

However, Indian authorities who first were in denial that Jadhav was an Indian national, have now owned him up claiming a fabricated trial.

Sushma Swaraj, Indian External Affairs Minister has branded the spy who was tasked to destabilize Pakistan in general and China-Pakistan Economic Corridor in particular, the son of the nation.

From Yo Yo To Badshah: The Indian Rap Debate