Ceasefire between India, Pakistan – Is it too idealistic?

I was new to writing anything except my ‘To Do’ list and plans for the day, therefore, I needed a little courage and confidence when trying my hands at being a blogger.  Aaghaz-e-Dosti team gladly motivated me, leading me to explore other avenues other than AeD and so I did. I recently wrote an article on the Indo-Pak issue of Siachen titled, ‘Siachen: The Cold War‘ for Dunya Blogs.

I’ll be honest; ‘Siachen’ didn’t remotely match the response that the other articles gave me. It was a serious and salient topic; however, somehow it had invoked less conversation. Then yesterday, I woke up to a notification e-mail of the first comment posted on the blog which of course made me excited, thinking, ‘Finally!’

“Pakistani ‘history’ is as believable as Pakistani politicians. Pakistan initiated aggression since the start of independence over Kashmir, a non-Pakistani state. Since Islam, Muslims have been a problem for India.

Siachen conflict caused by Pakistani soldier trying to move in on India. After Pakistani army lost the conflict, it is all vague now.

When will Pakistanis face the facts?”

I smiled. Then I read the first comment that the blog had received, again, and my smile became wider, almost ear-to-ear.

I don’t know how and why and from where my brain collected a memory warmly tucked away from a movie I had watched years ago called ‘Rang de Basanti’, produced, directed and written by brilliant Rakeysh Omprakash Mehra. A master piece and a classic in its own domain, the movie based on the story of Bhagat Singh has a dialogue by Aamir Khan, a celebrated Bollywood actor. Khan, at one point in the film, spontaneously says, 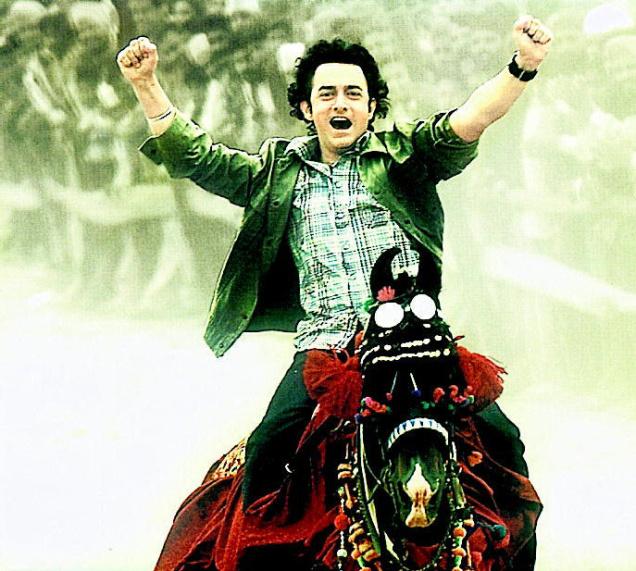 “We have one leg stuck in the past and one leg forging ahead in the future…that’s why we’re peeing on the present”.

I realized I was smiling because I had unconsciously recalled the dialogue and was astonished by how uncannily well it fit into what I was witnessing. Half asleep, half awake, half amused and maybe more than a half of me still aloof, I sat up straight. I recalled the recent past and the course of events in my life.

The way I look at life, momentarily, became a quandary for me. I asked myself the same question that everyone who got to know I joined Aaghaz-e-Dosti asked rhetorically as a reflex action, “So you think things will change between India and Pakistan? (Yeah, right!)”.

Each time I gave a different answer. I don’t know why though. Sometimes long explanations; sometimes short, polite replies. Sometimes, I would just smile. And I was smiling again. Wondering whether what I believe in is an illusion; whether peace, equality, empathy, forgiveness and moving forward in life is an illusion? For a second, I felt like warning my friends at Aaghaz-e-Dosti, who day-by-day were becoming more dear to me. I felt like saying, “Stop! We all need to stop! There is no point to any of it. For each one of us there are at least a 1000 Mr. Porus and we will always be outnumbered. Our ideology is too idealistic so let’s just stop.”

The author is a researcher and lecturer of consumer behaviour, marketing and strategy with a love for food, travel and books.

What Pakistanis should know about Chilcot Report?

The battle between e-books and print books