After the mysterious start of the TV season The Vampire Diaries, it seems that the creator Julie Plec wants to end it with breaking news

It’s been great 7 years of The Vampire Diaries but rumors are that the fans of the TV series might have to lose another important star. This time it’s Ian Somerhalder (Damon Salvatore) who might be leaving the show. Last year Nina Dobrev (Elena Gilbert) left the show citing her engagements in other acting avenues. 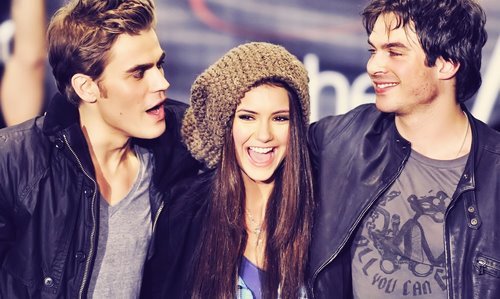 After the end of pre-finale, it seems that the huntress Rayna Cruz is after the Salvatore brothers and she will not rest until she claims one of the brothers’ lives. At the end of second last episode of season seven of The Vampire Diaries, the huntress showed some mercy towards younger brother Stefan and asked him to transfer his Phoenix stone scar to elder brother Damon. Stefan thought that it was her trick to draw a wedge between the brothers; but in the end Damon told him that it was his idea.

However what Stefan would do remains to be seen. Here is the summary that was put by Spoiler Guide.

“In an attempt to make things right with his brother, Damon offers to have Stefan’s scar magically transferred to him, only to discover that doing so may come with some unexpected consequences. With time running out and Rayna closing in on Stefan, Valerie desperately attempts to reason with Damon before it’s too late. Elsewhere, after being framed for breaking Rayna out of The Armory, Enzo attempts to clear his name, but not before a violent run-in with Nora forces him to make an upsetting discovery”.

I don’t think the creators want to continue the show without Damon Salvatore as the man is the backbone of the TV season. In an interview to E! News, Julie Plec said,

“I finally realized that my destiny on this show, creatively, is tied in to Ian Somerhalder and Paul Wesley, and I mean that in a really good way.

But on another occasion she hinted that she is planning to go up to 12 seasons.

What’s going on here is completely mysterious, just like the season itself. I think we have to wait until the last episode Days of Future Past which will be aired on April 25.

Here is the promo of Days of Future Past.

Remembering the Father of the Nation