‘Climate change is real’… A statement to which one can both agree or disagree according to one’s own theories or conspiracy theories. But we can clearly see some visible changes in the mood of weathers and seasons. Summers have decided to leave late and come early while winter hardly shows its face for a much less time than the past and runs away again (to die in solitude perhaps). Our mysterious poles covered with glaciers are also getting naked each passing year with a great rapidity and the life hidden under them for thousands and thousands of years is spurring out by getting an early chance on the sun. Sea levels are also getting higher to claim many coastal areas, perhaps to make some great city into another Atlantis for coming generations to discover.

Born in caves and being the very part of nature around them, human of the prehistoric time was less dangerous for the climate. They were a part of the whole eco system as compared to today when we are all producing as much pollution as we like and wasting as much natural resources as we can on all levels, from individuals to the governments. We did not stop at wasting natural resources but have gone as far as ‘creating’ meat in heaps and heaps while those lab-made animals and their consumption is also affecting the ecosystem.

Let’s have a look on some effects of the climate change:
• Greenhouse effect is defrosting the layer of permanently frozen soil below the upper surface of earth. That is leading to sinkholes and damage to structures built on it. A total of 125 lakes in the Arctic have disappeared in the past few decades, supporting the idea that global warming is working fast nearest Earth’s poles. Research into the whereabouts of the missing water resources leads to the probability that the permafrost underneath the lakes defrosted. When this normally frozen soil softens by heat, the water in the lakes can seep through the soil, draining the lake. 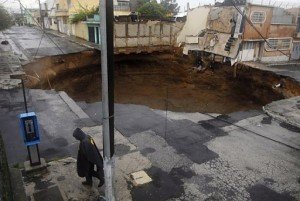 • Along with melting glaciers and creating more intense storms, global warming also seems to be causing forest fires in the vast forests of America. Over the past decades in US, more forest fires have blazed, burning larger area for longer time. Scientists correlate the increasing blazes with the increasing temperatures and melting of snow earlier. When spring arrives early and triggers an earlier snowmelt, forest areas become drier fast and stay so for longer as compared to past, increasing the chance of ignition. 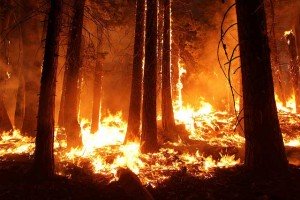 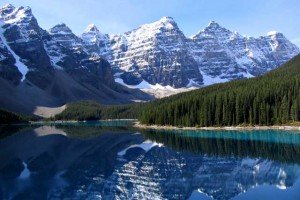 • While melting ice creates problems for the habitants of lower latitude areas, it’s creating a downright good situation for Arctic biota. Plants at poles usually remain trapped under ice for most of the year and do not get much of sun to grow. Nowadays, when the ice melts earlier in the spring, the plants seem to be eager to start growing. 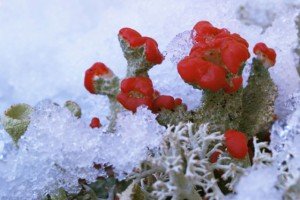 Some interesting facts related to global warming:
• In general, the greenhouse effect is a good thing. Without greenhouse gases, the temperature on Earth would be too cold to support life. With too much, it would heat up beyond survivable levels.

• Approximately 600,000 deaths occurred worldwide as a result of weather-related natural disasters in the 1990s, where 95 percent of those deaths took place in developing countries.

• There is more carbon dioxide in the atmosphere today than at any point in the past 800,000 years, and the U.S. produces 25 percent of the carbon dioxide pollution from fossil-fuel burning.

• The Montana Glacier National Park has only 25 glaciers left from the 150 that were there in the year 1910.

• Global warming is associated with hotter temperatures, but it can also cause the opposite. “On one side, [the] Amazon Rainforest is turning into [a] desert and Sahara is becoming greener and greener,” said the Plant a Tree Today (PATT) Foundation of the UK and Thailand.

• Melting ice caps have caused sea levels in the north to rise. For the first time in hundreds of years, ships can pass through the fabled Northwest Passage above North America.

• Over 100 million people living in coastal regions will be displaced by just a one-yard rise in sea levels.

• The golden toad was the first species to go extinct because of climate change and habitat loss.

• Cows produce more methane than the oil industry does: 20 percent of U.S. methane gas emissions is produced by farmed cattle burps and farts.

• The world lost about 16 percent of all coral reefs in 1998, the second hottest year on record.

• While the U.S. is trying to reduce their greenhouse gases, China plans to construct one coal-based electrical power station each week for the next 10 years.

• In 1896, Swedish scientist Svante Arrhenius was the first to say that burning fossil fuels may eventually result in global warming.

• Some scientists want to induce global warming on Mars to make it habitable for life and eventual colonization.

Football video games are more successful than cricket games, here is why

Motion against Amir: Yet another MQM attempt at staying relevant

The implications of Particle physics in our society!

Social Revolution of the Capitalists!