This is how Lahoris celebrate Eid Milad un-Nabi (s.a.w)

Eid Milad un-Nabi (s.a.w) is celebrated with much fanfare in Pakistan, especially Lahore. Models of Ka’bah and Masjid-e-Nabvi (s.a.w) are made, streets are decorated with lights, ‘Niaz’ eateries are set up where food is served to anyone and everyone, Naats are played on the loudspeakers and kids make models, which they call as ‘Paharris’. Rich feed the poor and the poor, who do not even get to feed themselves properly, donate for decorating the streets. On this day, we see no Shia-Sunni schism among people. People from both the sects celebrate the festival together and make models with collective efforts and pooled money. After all, Muhammad (s.a.w) is for everyone. He is Rehmat ul-lil Alameen (Mercy for both worlds).

Here are some of the pictures I took from my mobile camera in my area today. Quality isn’t perfect but good enough to be shared.

A model of Ka’bah in Islampura Bazaar. 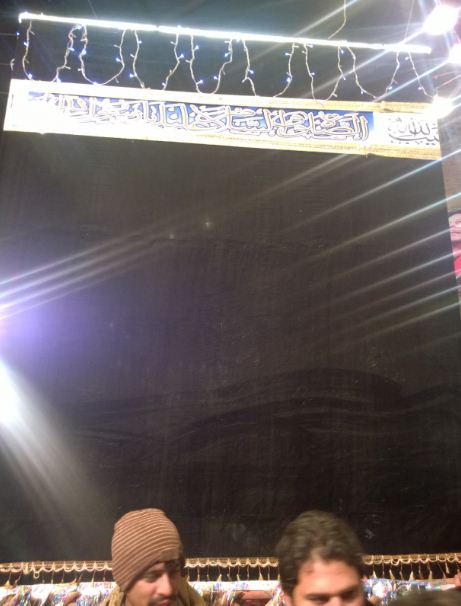 The roads are jam-packed. There is hardly any space to move. 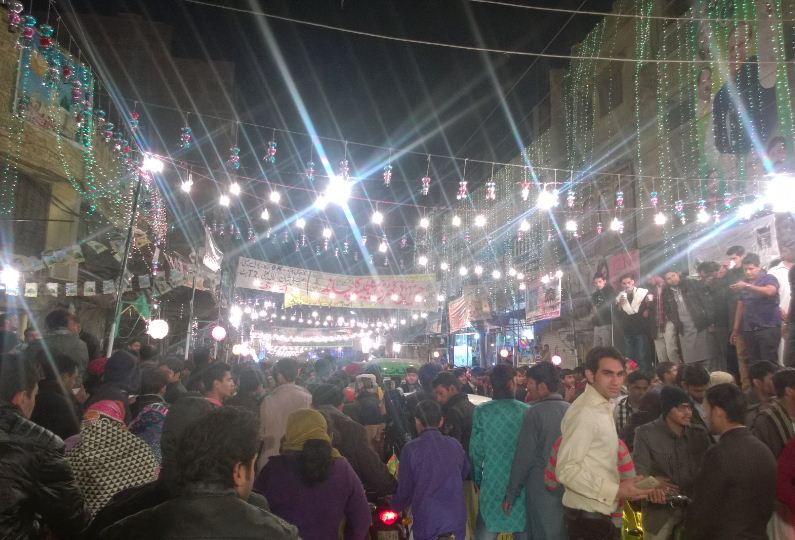 A model of Masjid-e-Nabvi (s.a.w) made on Haider Road by the locals. 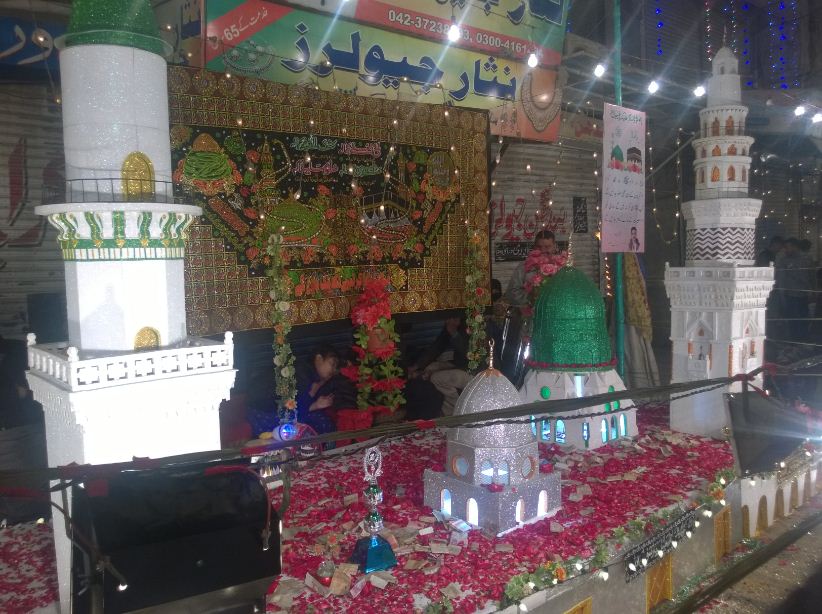 Another model just a few paces away from the last one. 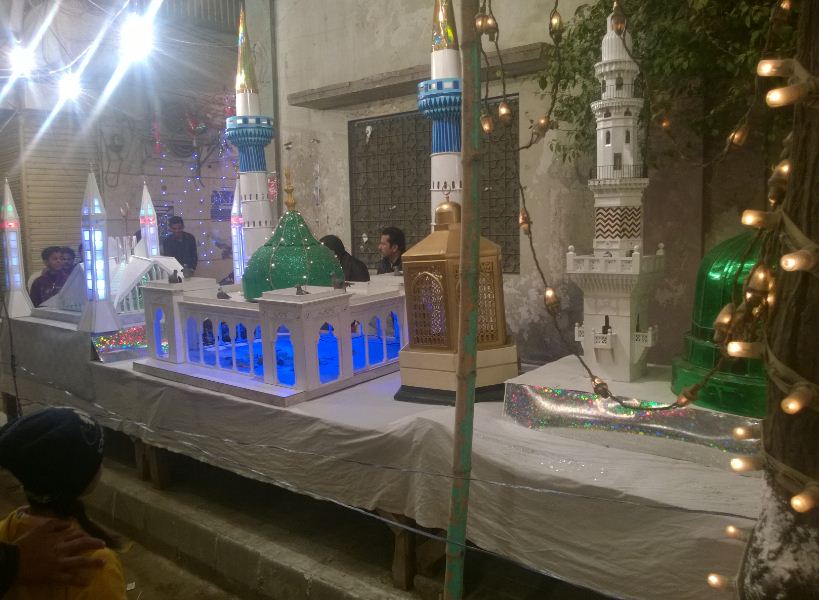 Trophies are distributed among those making these models. Winners are decided by a jury of the elders of the area. 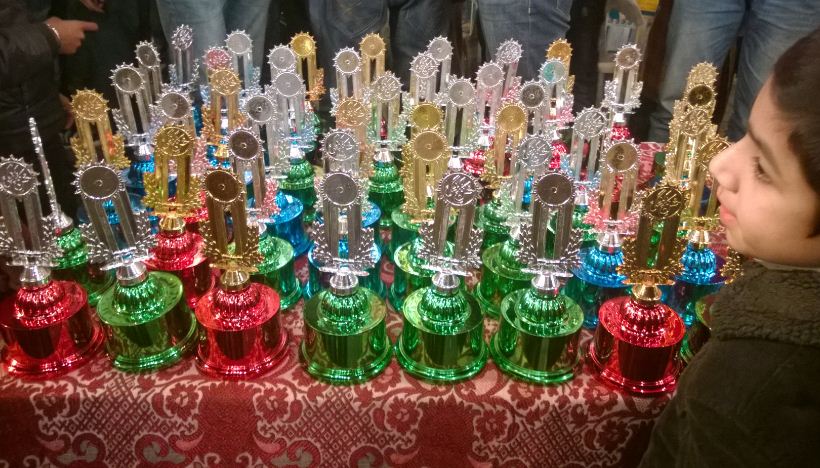 And yes, it is NA-120, Prime Minister’s constituency. But he is behind the lights today. 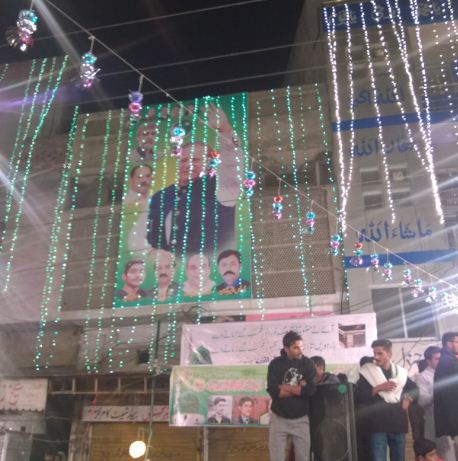 Streets are decorated by the residents with the help of money pooled by the entire neighbourhood for this occasion. 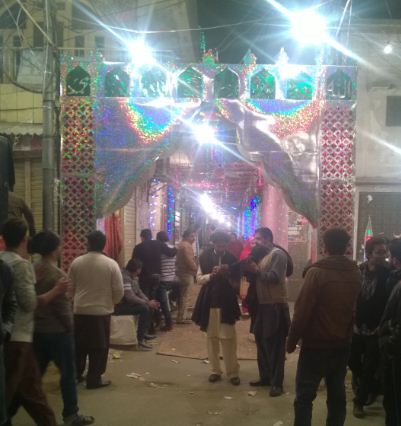 Another street decorated by the locals. 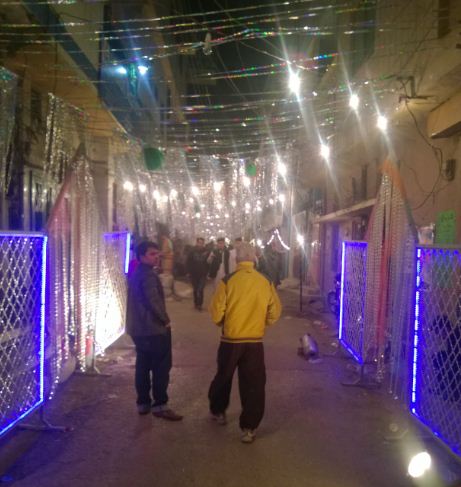 I went in to this street. And there I saw this. How can Lahories live without Khaaba? Paratha(s) being cooked and distributed among the poor and the rich alike. 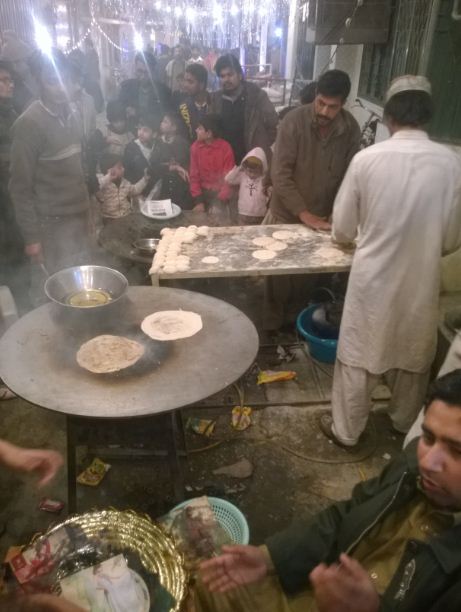 Another model made in the street.. I don’t know what to make of this. Some form of abstract art maybe.. Whatever the kids felt was worth putting in there was put in there.. At least that’s how we used to make ’em when I was a kid. Making these Paharris was among the three most beautiful memories of my childhood; the other two being flying kites and watching Wasim and Waqar bowling from both ends. 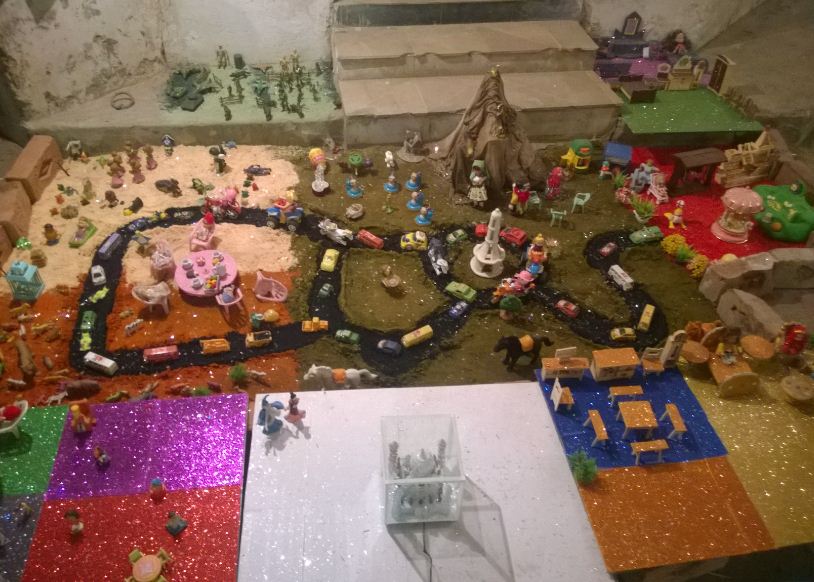 One of the trolleys decorated by the local mosque administration there. It was the best among them all. 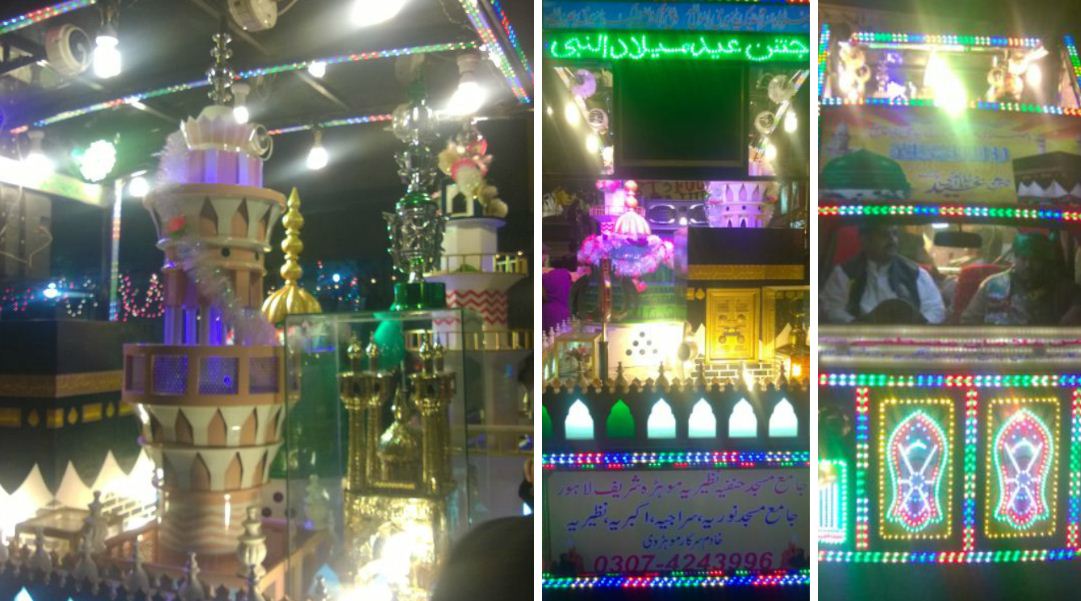 And this is the one where I had a Gulaab Jamun. Love it! 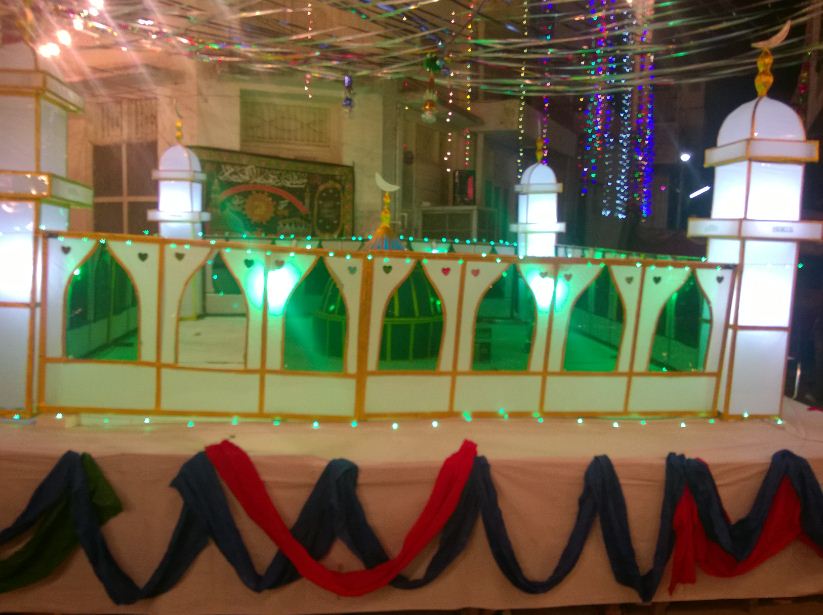 A model of Masjid-e-Nabvi (s.a.w) on Eid Milad-un-Nabi in my area, Islampura. Had a Gulaab Jamun there as well 😉 pic.twitter.com/BxCVGm4jl9

I’ve seen people refusing to celebrate this event, people telling others not to celebrate it, people defending the celebration of it and then there are those who say we should celebrate it in some other way. I don’t enjoy these debates anymore. I see people feeding the poor on this event, I see them listening to Naats and I see them making models of Masjid-e-Nabvi (s.a.w), together.

As far as I am concerned, lights, colours, celebrations, lit-up faces and Gulaab Jamuns give me pleasure. I celebrate it because I feel like celebrating it. To judge, we have a God.

I am an SM politician, SM blogger, SM liberal, SM everything. I write for a living and have a habit of poking my nose into everything political. History, IR, Journalism and Sports are other interests.